What a year for urban highlining in Austria! After my own 92m highline over the football stadium in Graz, the Vienna Slackliners went for their big project that they have been talking about for years.
"Gasometer City" is a beautiful urban structure built in and around brick walls of what used to be huge gas tanks. There are four of them and each was designed by a different architect. Just an amazing blend of old and modern architecture. 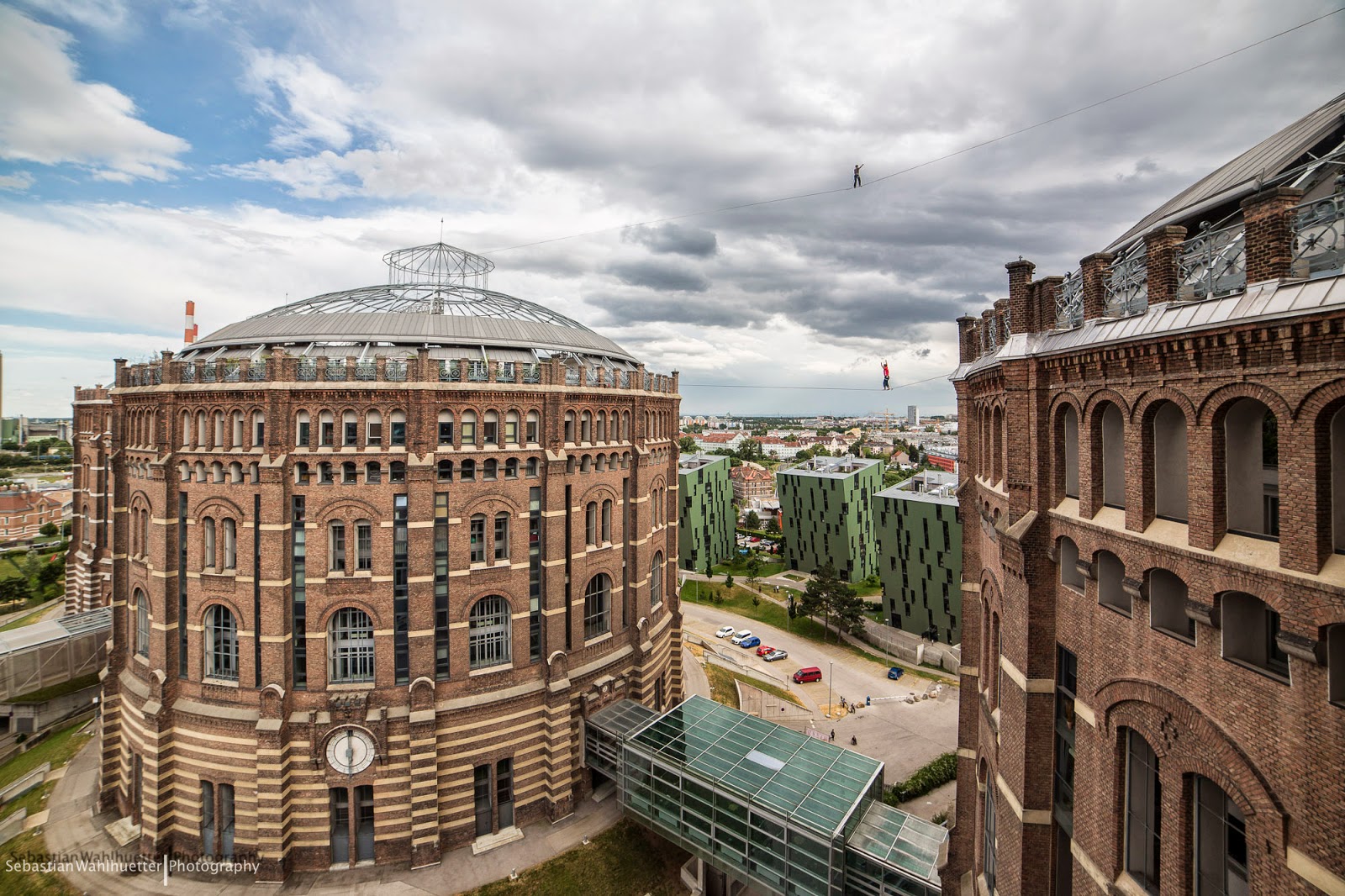 I was there as a guest and sadly could only attend the first day due to the marrige of my little sister. (Congratulations, Evi!)
We rigged three lines: One inside one of the buildings (45m), one between two of the Gasometers (35m) and another one from top to top (95m). I sent the two lower lines and skipped the big one completely which was sent the next day by Peter, Juli and Igor.
It was another mindblowing experience for me. I can say that even after many years of highlining, there is still fear involved. (I had some strange nightmares the following night: me dropping tools while rigging.) That is a good thing because that's what highlining is about! Otherwise I could stay in the park and just close my eyes on the line (which is also a fun thing to do). A lot of drama, a lot of excitement - especially the line on the outside felt fantastic.
Check out this amazing pic by Sebastian Wahlhütter! There will be more on his website and on Patrick Wagners site. 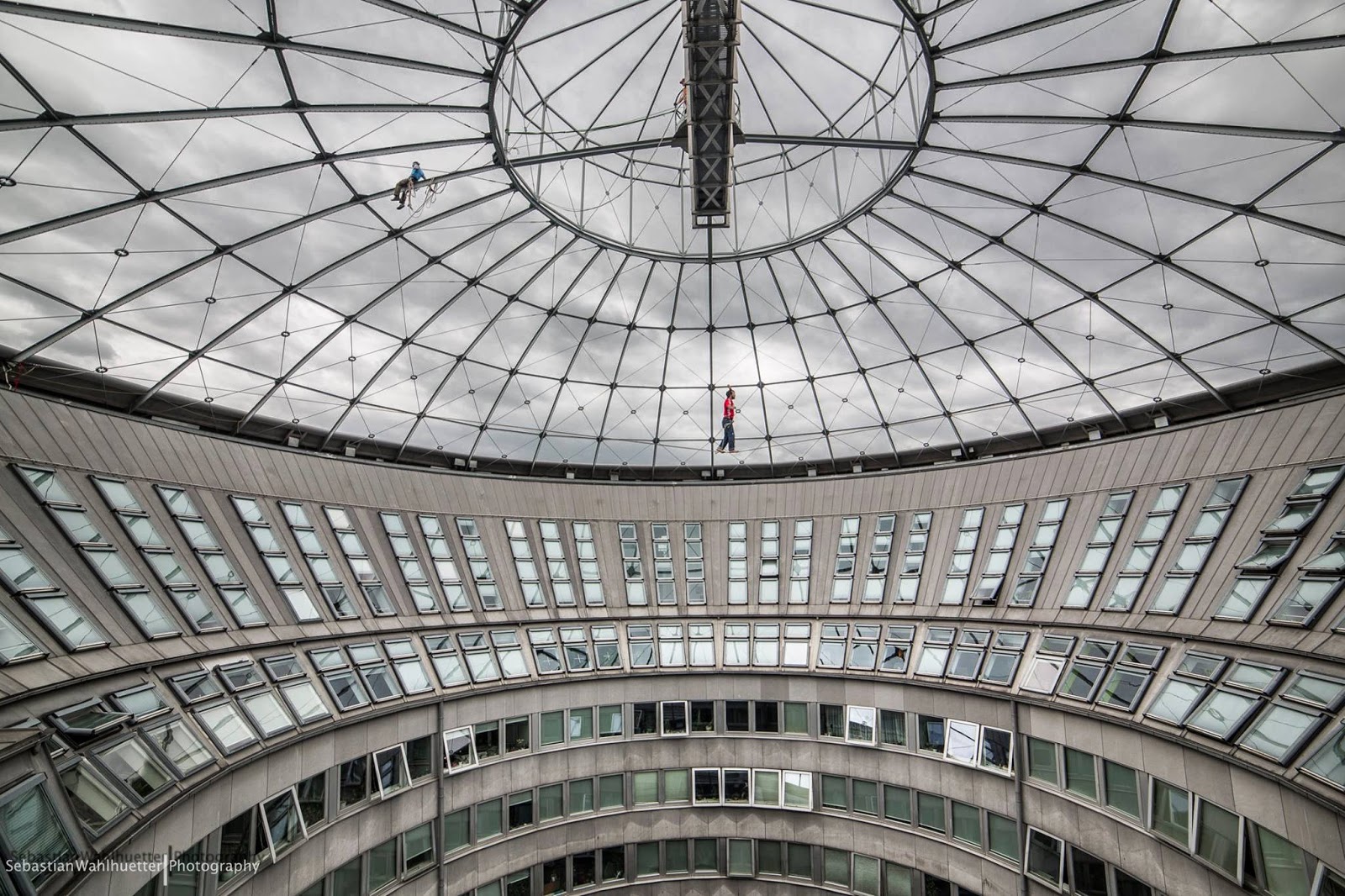 Big thanks to Thomas Spöttl and Igor Scotland and the other Vienna Slackliners for a great day!